So far, posting a review for a service or product obtained online might have seemed like a game with no rules with the sole role of helping others to form an opinion. However, the latest data shows that businesses are fighting for positive reviews, because reviews have a direct impact on revenue. On the other hand, if you put a negative review, you must understand that it is possible to affect the purchase option of the new consumers, according to the studies. What are you risking? To be sued and pay damages for a negative review, as shown by recent court cases.

Online trade has proven to be one of the big winners of the pandemic. Because we couldn’t go to the store to do our shopping for the week, the green leaf bag from the organic store and the fleece pyjamas (because telework also changed fashion), came to our house in a few clicks.

We, like 93% of consumers, probably use the internet to look for a local business. As 87% of consumers, we also read reviews to assess a business and it is possible to fit in the percentage of 48% of customers who do not buy from a business that has less than 4 stars.

The above percentages, determined from a study conducted in the US, most likely remain, with small variations, for the rest of the world connected to the Internet. The figures are staggering, and no matter how conservative you are, you can’t help but realize that the future of commerce is online. The future is a way of saying, because Amazon mogul Jeff Bezos has been, for many years, off and on, in first place in the World Hall of Fame of billionaires, not as a result of any innovation that has revolutionized the world, but because of this simple, old-fashioned, trade – put online. The Silk Road, therefore, has long carried its caravans through the fertile plains of the online, and only those who did not want to see did not see it. In the pandemic, the practice also showed those who did not know what to believe, that whoever moved online not only survived, but also thrived and that the online will slowly swallow what was happening until recently through fairs, shops, markets, and other relics of the 20th century.

While a one-star increase in the review rating is correlated with a 5-9% increase in revenue for certain industries, according to research from Harvard Business School, receiving negative reviews can have a significant impact on consumer behaviour, causing 92% of them to be less inclined to turn to a business, according to studies.

So the question of how important a positive review is and how a negative review can hurt remains a rhetorical one, with about 90% of consumers buying online and reading reviews before that, about half of whom don’t even look at what a business that has a rating of less than 4 stars has to offer. 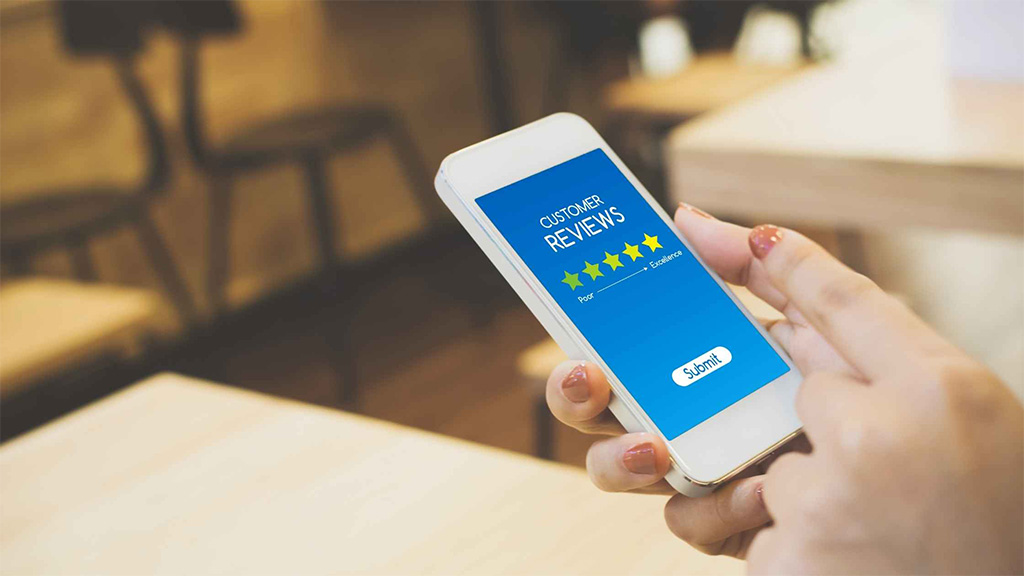 The review, as valuable as the recommendation from a friend

Interestingly, studies found that 78% of consumers have as much confidence in an online review as they do in a recommendation from a friend, colleague or family member.

Consumers’ growing desire to help others by sharing their experience, on the one hand, and the fact that the public relies overwhelmingly on reviews are two factors that can no longer be ignored by businesses, which are becoming more and more attentive to what their customers post on Facebook and Google. Especially since the majority of the public does not seem to have activated the fake review detector and is inclined to believe anything written on the internet.

Why it doesn’t help to disable reviews

Until now, when a business received a negative review, usually someone from a department that was unlucky enough to be caught working at night would quickly search Google for ”disabling Google reviews” or ”disabling Facebook reviews.”

But because a stone cast into the water requires a relatively large number of wise men to remove it, things are not so simple. Because, if we look at the Google My Business support page (and we look at it, because Google is both the game and the player in this modern parable), reviews, together with the owner’s response to them, contribute to the degree of trust that consumers can have in a business, showing how much it cares about the customer.

Yes, stopping a wave of false negative reviews from competitors or a malicious agent can be a temporary solution to avoid ruining a business’s ranking from 5 to 3 in a matter of hours, as I’ve heard it happened before, given that the purchase of negative reviews is possible today at low prices.

What options does a business have in the face of a negative review with a certain degree of veracity, which indicates a credible connection between the author and the business

Studies show that not enough consumers can spot a fake review. Millennials seem more competent at this, perhaps because it’s about surviving in the online jungle where they grew up. But if the review does not come from a suspicious or anonymous profile and the author of the review provides enough details about his/her interaction with the business, many consumers will be tempted to believe it.

The business may request that the review be removed. After patiently reading the categories, points, and subpoints of Facebook’s and Google’s policies to find out what an inappropriate review means from their point of view, you’ll find that even if a review is malicious or simply untrue, deleting the review is far from being guaranteed. Google, for example, “is not involved in misunderstandings between companies and customers, because there is no sure way to determine who is right about a particular customer experience.”

If neither the option to delete the review, nor the other tools recommended by the platforms hosting the review (report abuse, disable reviews, post a response) lead to results, the business has the possibility to notify the author of the negative review to delete it and may even sue them in case of refusal. However, it must be borne in mind that we live in a democratic society, in which freedom of expression is highly valued, and notifications should not be abused unless the review is clearly out of place or simply untrue.

The courts have been awarding significant damages for negative reviews lately

The author of the review was exempt from damages only because the online store failed to prove the amount in which the sales suffered as a result of the review. ”Although the occurrence of the damage is obvious, being unnecessary to prove its existence, as it implicitly results from the commission of the wrongful deed, however the plaintiff did not provide any evidence to quantify the damage it has suffered” the court noted. Because in Romanian law there is no such concept as punitive damages, the payment of which would be incurred by the mere finding of a damage, courts can reject the claims for damages even if the damage is obvious, if it cannot be quantified. 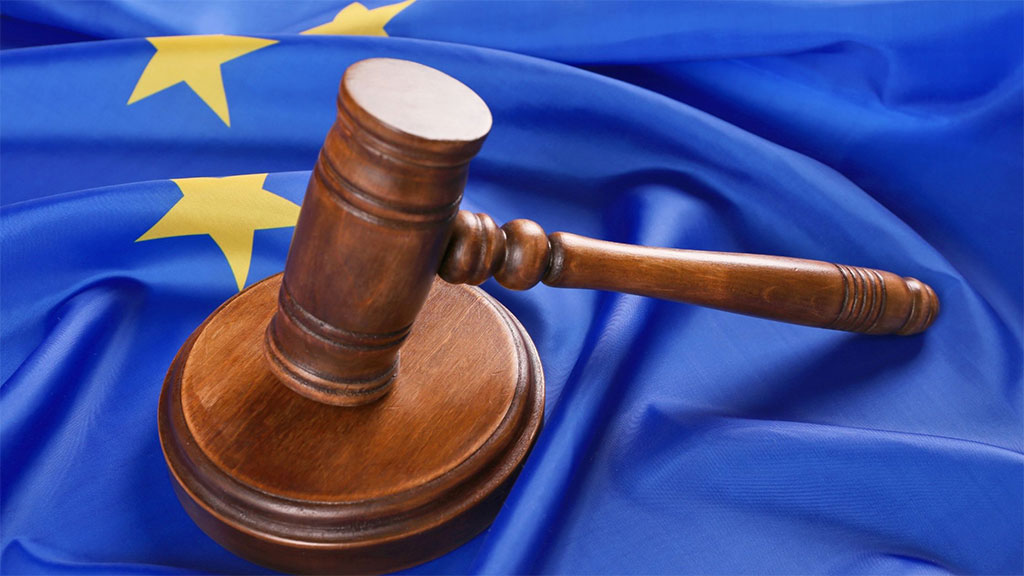 What we need to understand from the practice of the Courts

In its practice, the European Court of Human Rights distinguishes between facts and value judgments. If the concreteness of the first ones can be proved, the accuracy of the following ones cannot be demonstrated, as it was noted in the Resolution of October 14th, 2008 in the Case of Liviu Petrina against Romania (Application no. 78060/01).

Therefore, the review based on statements of fact must be true and provable. So, it’s not enough to be right, you have to be able to provide evidence for it. Statements such as ”the online store did not” or ”did x, y, z” are factual statements, which can and must be demonstrated if necessary.

Reviews based on value judgments, such as those in which you say how you felt in relation to the online business, your opinion about the services received, do not need, in principle, to be proven. The Courts have traditionally considered that such statements cannot be censored because that would infringe on freedom of opinion (acc. Lingens v. Austria of July 8th, 1986, paragraph 46 and Ivanciuc v. Romania, (Decision) No. 18624/03, September 8th, 2005).

BUT, it is no less true that the fact of accusing certain persons implies the obligation to provide a sufficient real basis and that even a value judgment may prove excessive if it is totally devoid of any real basis (acc. the case of Ivanciuc cited above, Cumpănă and Mazăre versus Romania (Application no. 33.348/96) of 17.12.2004 (paragraphs 98-101) or “if it has no factual basis” (acc. the case against Jerusalem versus Austria (Application no. 26958/95 of February 27th, 2001)

How far can the consequences of a ”harmless” value judgment review go, is evidenced by the case of a German citizen sued by a four-star hotel in Austria for claiming in an online review that a portrait of two characters decorating the hotel lobby represented a ”Nazi grandfather”, since he was sporting a swastika adorned uniform.

In order to defend himself, the German citizen had to do research on the identity of the two men in the photos at the German National Archives in Berlin, finally managing to prove that both men had been members of the Nazi party.

If you honestly believe that the business you have interacted with cannot be redressed or stopped from harming others other than by exposing it, be prepared to face any challenge with your head held high. After all, the world was changed only by people who fought for what they believed in, regardless of the risks involved.

To make this site work properly, we sometimes place small data files called cookies on your device. Third parties may collect data about you as a result of integrating social media plugins ("Like" and "Share"). Our company is not involved in any way in the data processing operations by the social networks, except for collection and transmission, which take place automatically.

Choose what cookies will be allowed. You can always change these settings. Although this can result in some functions becoming unavailable. For information about deleting cookies, please see the Help feature of your browser. READ MORE ABOUT THE COOKIES WE USE.

With the help of the cursor you can activate or deactivate different types of cookies: